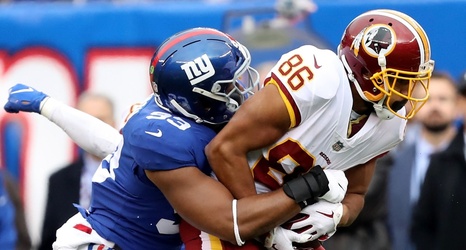 With Oren Burks still out due to injury, the Packers have made a move for depth at linebacker.

According to NFL Network’s Ian Rapoport and Tom Pelissero, the Packers have traded for New York Giants linebacker BJ Goodson.

It always felt likely GM Brian Gutekunst would add a linebacker prior to the season opener. Burks remains out after suffering an injury in the preseason opener, and Curtis Bolton also went down with a knee injury in August.

Outside of starter Blake Martinez, the only healthy inside linebackers on the 53-man roster were Ty Summers and James Crawford.