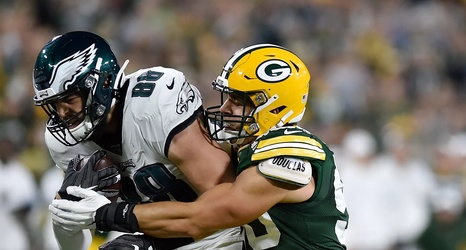 While the Kansas City Chiefs ruled six starters out for this week's Sunday Night Football game, every member of the Green Bay Packers' roster still has a chance to play. That was the case when Friday's injury report came out, as side receiver Davante Adams and tight end Robert Tonyan were both listed as doubtful for Sunday's game.

But on Saturday, the Packers made a modification to Friday's report, adding another player to the injury report. Inside linebacker Blake Martinez did appear on this week's practice reports with a wrist/band injury, but he was a full participant all week and did not receive an injury status on Friday.