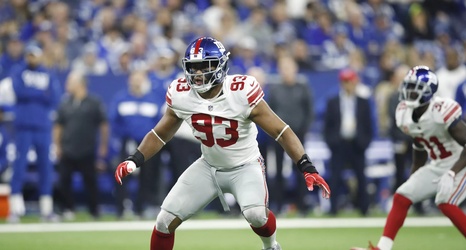 With injuries mounting at inside linebacker, the Green Bay Packers have bolstered their defense on the trade market. According to NFL Network’s Ian Rapoport, the team has traded for New York Giants linebacker B.J. Goodson.

Goodson, a fourth-year off-ball linebacker, started for the Giants each of the past two seasons. The team initially planned to release him during final cuts, but the Packers and other teams expressed interest in a trade instead. The terms of the deal remain undisclosed, though Green Bay likely didn’t part with more than a late-round pick, possibly one with conditions attached to it.