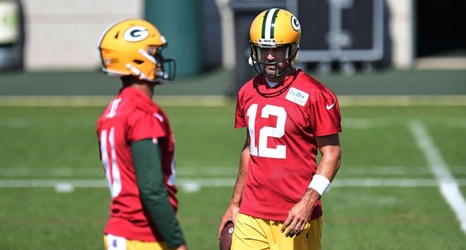 After months of uncertainty, the Green Bay Packers have QB1 back for the 2021 season.

Today, Packers veteran players report for training camp after the rookies reported last week. Among them was Aaron Rodgers, whose holdout ends after skipping OTAs and minicamp earlier this summer.

The exact agreement made between the Packers and Rodgers remains unclear, although NFL Network’s Ian Rapoport reported on Monday that they are in the “final stages of a reworked deal” that sees Rodgers return for 2021.