Packers 2021 pre-draft preview: What about running back? 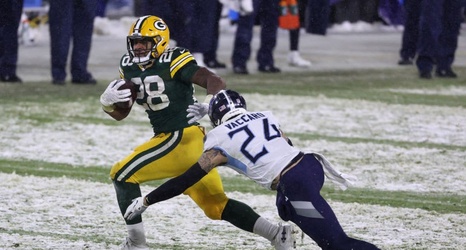 The Green Bay Packers used a second-round pick at running back a year ago, bringing in AJ Dillon. Should they look to add to the position again in the 2021 NFL Draft?

Today, we begin a new pre-draft series looking at different position groups on the roster with the draft only weeks away. Where are the Packers’ biggest strengths and weaknesses after free agency?

We begin with running back.

The Packers made one of the biggest moves of free agency before it even officially got going, signing star running back Aaron Jones to a new four-year deal.