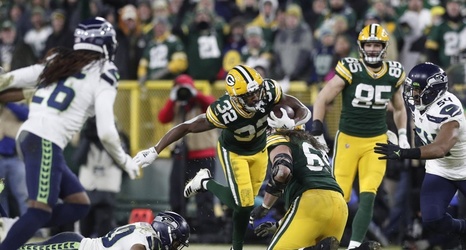 On today's show, Jacob and Paul take a look at the Packers' unsung heroes from the 2019 season. Don't miss it!

Andy is a graduate of UW-Oshkosh and owns & operates the Pack-A-Day Podcast. Andy has taken multiple courses in NFL scouting and appears weekly on 107.5 The Fan in Green Bay to breakdown film. This past season he was an analyst on Green Bay Nation on WFRV TV in Green Bay. Andy grew up in Green Bay and is a lifelong season ticket holder; follow him on Twitter at @sconniesports.