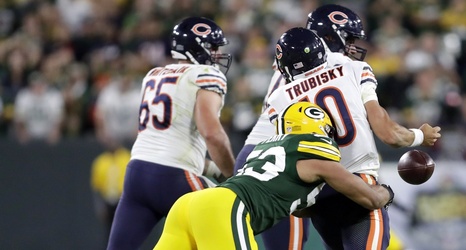 Nick Perry has become a pretty polarizing figure in Green Bay. He had a career season in 2016 which earned him a mega contract, and then he’s underperformed ever since. What’s more? He’s never actually been able to play a full 16-game season.

The team parted ways with Perry in March, shortly after acquiring Preston Smith and Za’Darius Smith in free agency.

The outside linebackers room looks much different entering 2019 than it did in 2018. Clay Matthews and Perry are no longer on the team, and the Packers used their first pick of the 2019 NFL Draft to bring in athletic freak Rashan Gary out of Michigan.