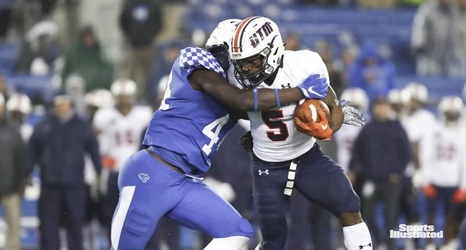 The Green Bay Packers have a promising young tandem at inside linebacker with last year’s rookie duo of undrafted Krys Barnes and fifth-round pick Kamal Martin. While they had solid debut seasons, can either become a legit difference-maker? Can either be even on par with Blake Martinez? Regardless of the top of the depth chart, the Packers are a man down after releasing veteran Christian Kirksey.

Kentucky’s Jamin Davis is our No. 4-ranked prospect.

Like Maverick from “Top Gun,” Jamin Davis has a need for speed.

The Kentucky standout is one of the top linebacker prospects in this month’s NFL Draft due in part to his outrageous athleticism.