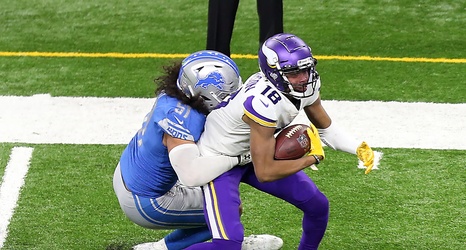 If there is any one thing that NFL teams worry most about during training camp, it is injuries. Fortunately, the Minnesota Vikings were able to survive that very scare to an important player last week.

The team may have feared the worst when wide receiver Justin Jefferson landed on his shoulder on Friday, but the injury appears to be minor from initial reports. While the Vikings expect a full return for one of their first-round picks last year, they will not have another when the 2021 season gets underway.

Today’s NFC North rundown touches on the release of Jeff Gladney, but also dives into a few linebackers making noise around the division, as well as a bright showing for Jared Goff in the Lions’ intrasquad scrimmage.