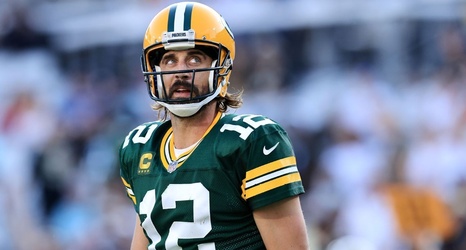 JACKSONVILLE, Fla. -- This isn't a stat line you see from Aaron Rodgers every day: 15-of-28 passing for 133 yards with no touchdowns and two interceptions.

This isn't a statement you hear every day, either: "I played bad."

And no one on the Green Bay Packers saw it coming.

Coming off their second straight 13-win season and second straight NFC Championship Game appearance, and with Rodgers back after his offseason of discontentment -- and seemingly on form during a sharp training camp -- the reigning NFL MVP and his team bowed out of the regular-season opener against the New Orleans Saints without much of a fight in a 38-3 loss on Sunday.