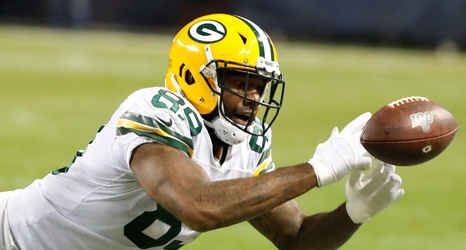 GREEN BAY — There is no other voice in the Green Bay Packers’ locker room like Marcedes Lewis’.

That’s certainly true acoustically — the veteran tight end’s distinctive deep baritone is unmistakable. But it’s also true substantively, as the insight and enlightenment Lewis has gained in his 16 NFL seasons allow him to impart wisdom unlike any other player can.

“Anytime ‘Cedes is next to me on the field, I'm excited, because of the mentality he brings, not only to the field but to the building,” veteran offensive lineman Billy Turner said. “To be able to line up next to somebody like that is special.