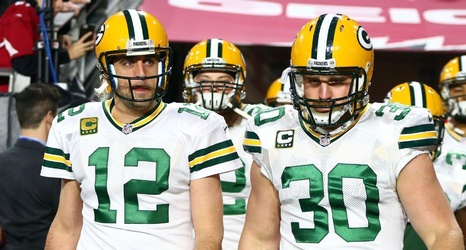 GREEN BAY, Wis. -- If anyone understands what Aaron Rodgers is thinking as he weighs his NFL future, it might be former Green Bay Packers fullback John Kuhn.

Kuhn says he has talked with Rodgers since the news broke last Thursday of the reigning NFL MVP's unhappiness with the Packers organization.

During an appearance Wednesday night on CBS Radio, Kuhn said he wouldn't disclose the exact details of their conversation but painted a picture of a quarterback who is evaluating all aspects of the situation and hasn't made up his mind for certain.