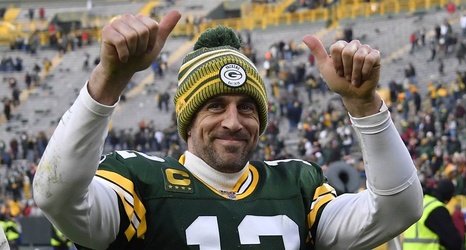 Aaron Rodgers is ready for his “Jeopardy!” debut on Monday!

The NFL MVP will be a guest host on the iconic game show for two weeks, starting on Monday, April 5. Ahead of next week, the show’s official Instagram shared a sneak peek clip of him behind the lectern.

“The key to being football smart is to focus,” Rodgers says in the clip. “And the key to really being good at hosting is that same focus.”

It was announced in early January that Rodgers would join the likes of Katie Couric, Anderson Cooper, Mayim Bialik and “60 Minutes” correspondent Bill Whitaker as guest hosts on "Jeopardy!