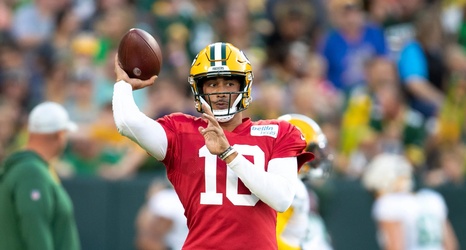 In a private practice closed to fans on Tuesday, the Green Bay Packers gave backup quarterback Jordan Love most of the team’s snaps under center as starter Aaron Rodgers was given a veteran rest day. Yesterday, it was announced that the team would start Love, with Danny Etling as his sole backup, in the Packers’ preseason opener against the San Francisco 49ers on Friday.

The 49ers announced today that their second-year quarterback, Trey Lance, will get looks in the team’s first and third preseason games. With the preseason Week 1 matchup set to be broadcast nationally on NFL Network, expect the pundits to speak on the development of these young signal-callers following the game.