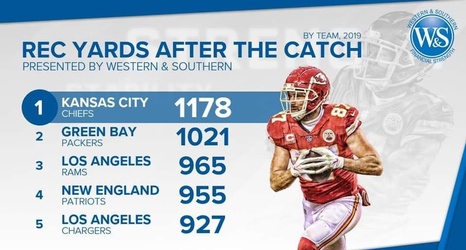 Head coach Matt LaFleur will take his of wily group of youngsters(and also Aaron Rodgers) on the road for the first of two back-to-back road games against AFC opponents. While, at this point in the season, this is not really a must-win for the Packers, they’re in the tough NFC North division and could use some extra breathing room over 2nd ranked Minnesotta Vikings(who also will face the Chiefs on November 3rd).

A Few Things to Know:

Chiefs QB Patrick Mahomes is officially ruled out from participating. Now pray for his recovery before they face the Vikings next week(highly unlikely though).