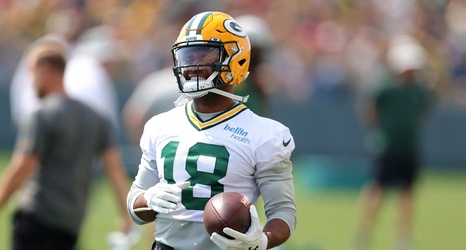 That happiness was provided by Randall Cobb as he returned to the practice field in Green Bay after two seasons in Texas with the Dallas Cowboys and Houston Texans.

Cobb was all smiles as he joined his new teammates after the Packers acquired him via trade in an attempt to at least quell Aaron Rodgers.

Returning to Lambeau Field as a Packer was a sigh of relief to Cobb who admitted he and his wife became very emotional upon hearing of the trade back to Green Bay, with even teammates saying he “looked like (he) just got out of prison.