For Packers' Jack Heflin, going from tiny Prophetstown to roster spot in Titletown ‘the greatest day of my life’ 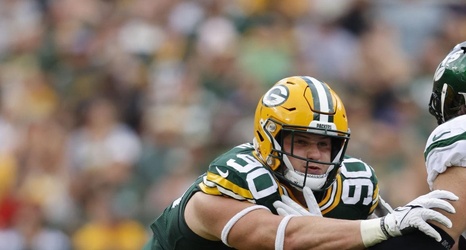 But Bielema knows very well where the Green Bay Packers undrafted rookie free agent defensive tackle comes from. And he certainly knows what it means that Heflin did something last week — earn a spot on an NFL roster coming out of training camp — that he, the most prominent progeny of tiny Prophetstown, Illinois, did not.

For all that Bielema has done in coaching — from his three Big Ten championships and 68-24 record at the University of Wisconsin, to his three bowl appearances at Arkansas, to his Fighting Illini’s victory over Nebraska in his debut last week as Illinois’ new coach — his football playing career after being a co-captain at Iowa quickly came to an end following a brief free agent opportunity with the Seattle Seahawks in 1993 and a year in the Arena Football League with the Milwaukee Mustangs in 1994.