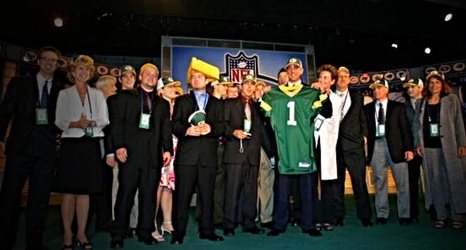 Listen to former Green Bay Packers VP Andrew Brandt, who was with the organization when the team drafted Aaron Rodgers in 2004, joined The Doug Gottlieb Show to defend the team after they drafted Utah State quarterback Jordan Love in what turned out to be one of the most derided moves in Draft history.

Check out the interview above as Brant details why the Packers are the ‘most spoiled team in the history of football’ because of how great their quarterbacks have been, and how Love was drafted to keep that streak going.