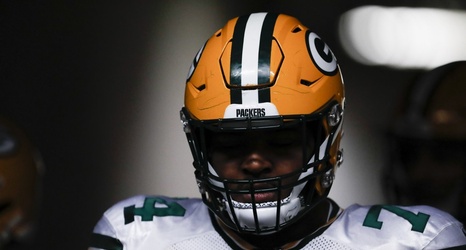 Perhaps lost in what was an absolutely wild game was the fact that Corey Linsley left early on with a back injury, and Elgton Jenkins moved from left guard to center to fill in for him. Unfortunately, due to injuries along the offensive line, changing positions has been common for Jenkins this season.

The Green Bay Packers drafted Jenkins with the 44th pick in the 2019 NFL Draft. With receivers like AJ Brown, Terry McLaurin, and DK Metcalf still on the board, selecting Jenkins, who wasn't on the radar of many Packers fans at that time, may have been a bit underwhelming.