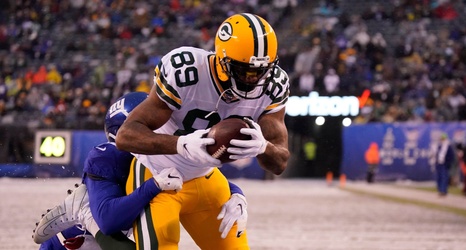 Didn't we have the same conversation last year?

Marcedes Lewis only averaged 11 offensive snaps a game last year and I pleaded for Mike McCarthy to get him off the bench.

On Sunday, Lewis got his first touchdown as a Packer. He has played in 28 games in Green Bay and still isn't getting his just deserves.

What is the Packers biggest wart? Times up, it is easily the offensive line. David Bakhtiari, who has been the game's best left tackle, has struggled this year. Now Bryan Bulaga is nicked up and right tackle might be a swinging gate.