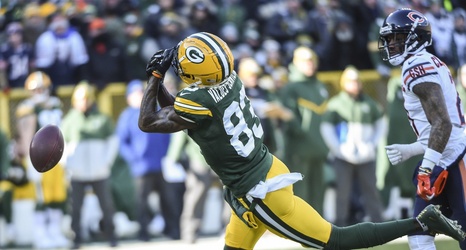 The Packers are in the playoffs for the first time since 2016.

So why isn't everyone all warm and fuzzy about Green Bay getting its third-straight win after getting a season sweep of Chicago with a 21-13 win on Sunday?

"Well, obviously we're excited to be in, but that's nowhere near our standard and our expectations," wide receiver Davante Adams said after catching seven balls for 103 yards and a touchdown. ''We don't leave it just there. We want to win championships here and it's been that way for a long time.''

For the second straight week, we are forced to answer questions about Green Bay's worth, despite the Packers winning.