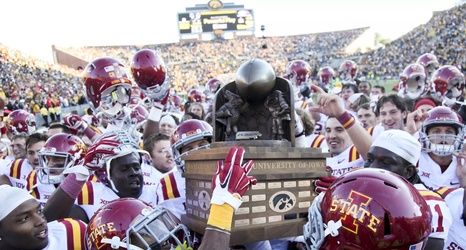 Kickoff week always has a couple of exciting non-conference matchups. Week two even tends to get a coupke of premier games.

But week three of the college football schedule, at least in 2019, is a rough one. There are no games between ranked teams this Saturday, and the only notable rivalry game is ¡El Assico! between Iowa and Iowa State.

As such, one could be excused for ignoring college football this Saturday, particularly with some good games coming up next week. Still, if you're tuning in for some games today, join us here at APC to follow along.