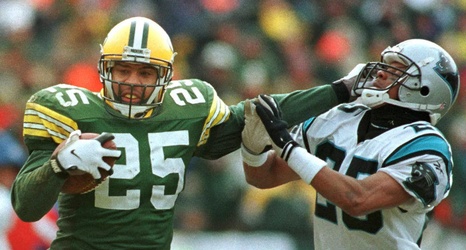 An early November cold spell in Wisconsin this week saw plenty of snow and temperatures in the teens hit the state. While Mother Nature may turn up the heat just a smidge into the mid-30s for the Green Bay Packers’ game Sunday afternoon, the cool front could give the Packers an edge over their southern opponent in the Carolina Panthers. Thinking back in time about memorable matchups between the two teams, one cannot help but remember another chilly meeting.

The weather this Sunday will not be as frigid as that January 13, 1997 day when the Packers clinched an NFC Championship over the Panthers in single-digit temperatures and a -17 degree wind chill.