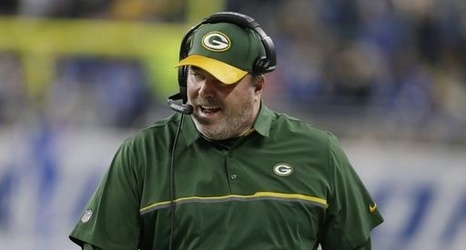 Green Bay Packers legend Brett Favre believes the reported schism between Aaron Rodgers and the franchise is real, and big enough that it is a long shot Rodgers will ever suit up for the legendary franchise again.

Reports leaked on the first day of the NFL Draft that Rodgers was miffed with the Packers, specifically their front office, and told some within the organization he'd never play for them again. In a radio interview with ESPN Wisconsin, Favre said he wasn't optimistic Rodgers would return.

"I think I know Aaron fairly well," Favre said, "and honestly I just don't see him coming back and just saying, 'All right, let's just bury the hatchet, whatever caused the rift, and I'm just going to come back and play because I love the guys, I love the Green Bay fans' -- I assume he does -- but his rift isn't with the fans or the players.