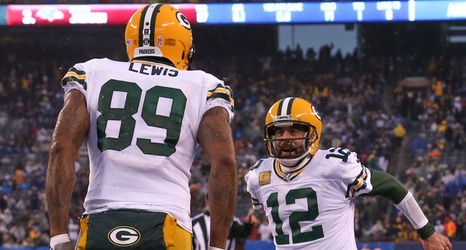 GREEN BAY, Wis. -- Aaron Rodgers wanted to get Marcedes Lewis a touchdown so badly that he told everyone on the field Sunday that it was coming.

As the Green Bay Packers quarterback approached the line of scrimmage late in the game, he surveyed the defense and saw that the New York Giants had loaded the box, anticipating a run by the team’s touchdown leader, Aaron Jones.