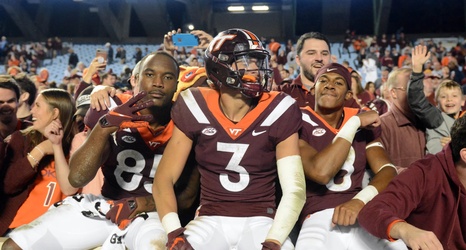 With the 19th pick in the APC Community Mock Draft, the Washington Football Team went with Jeremiah Owusu-Koramoah, the rangy LB from Notre Dame. He’ll be manning the middle for Washington, as they rarely use two inside backers in their defense. Owusu-Koramoah is on the small side but makes up for it with elite athleticism and defensive back-like speed. Washington’s defense is already great, but could improve against the run, ranking 11th in DVOA there last year. If he lives up to his potential, he could be the piece to take Washington’s defense into the elite stratosphere they need.