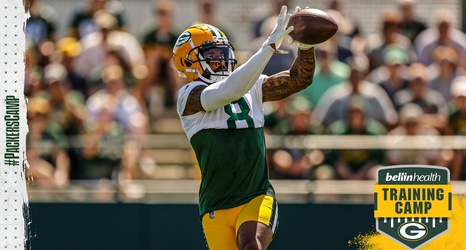 GREEN BAY – For the first time in training camp, the Packers practiced in full pads at Ray Nitschke Field on Tuesday.

Here are five things we learned.

The 2021 third-round pick made it his goal to report to training camp lighter than he did last year, and Rodgers hit the mark when he returned at 202 pounds.

After playing as heavy as 218 last season, the second-year receiver has felt an improvement in both his speed and cardio through the first week of training camp.