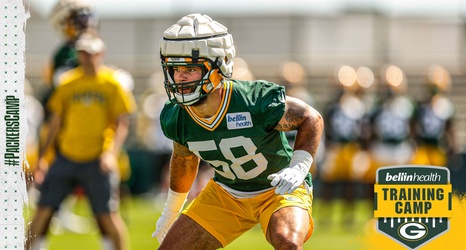 GREEN BAY – The Packers conducted a closed, no-pads, jog-through practice Monday at Nitschke Field before the New Orleans Saints are in for the rest of the week.

Here are five things we learned:

The 2021 sixth-round draft pick from Boston College wasted no time making an impression in Friday night's preseason opener at San Francisco, tying for the team lead in tackles with six (three solo, one for loss) in just 26 snaps. Defensive lineman Chris Slayton was the other defender with six tackles, and he played 51 snaps.

"I just tried to pursue to the ball," McDuffie said of his outing.