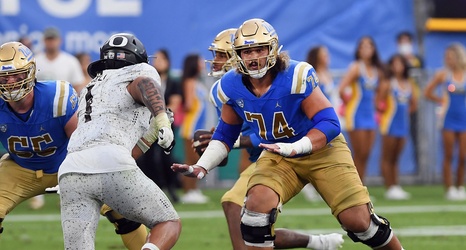 The Green Bay Packers entered the 2022 NFL Draft needing depth on the offensive line. General manager Brian Gutekunst made sure to address that need with multiple picks over the three-day event, starting with selecting UCLA offensive tackle Sean Rhyan in the third round.

Rhyan was a three-year starter for the Bruins, becoming the first true freshman to start at tackle at UCLA since 2012. By his junior year, Rhyan was named a first-team All-Pac-12 player by coaches across the conference.

At 6’5” and 321 pounds, Rhyan’s frame made him an intriguing offensive line prospect who could play either tackle or kick in to guard.