Packers vs. 49ers: 3 Things We Learned About Each Team 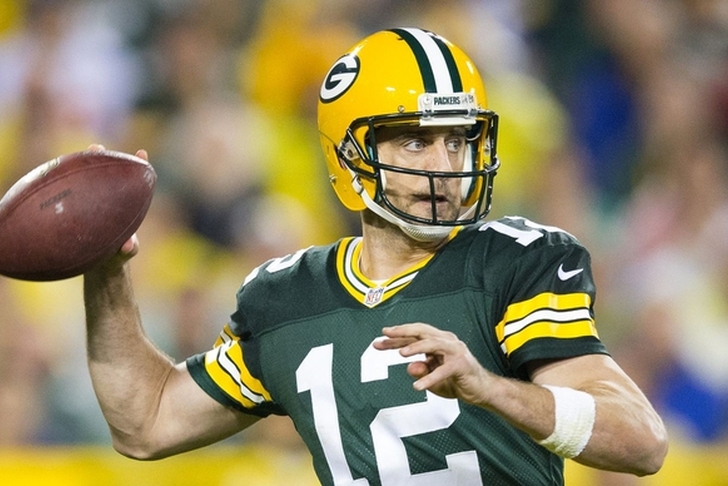 San Francisco 49ers quarterback Colin Kaepernick had another awful day at the office in the team's 17-3 loss at home to the Green Bay Packers on Sunday. On the flip side, anything and everything seems to be clicking for the Packers 1/4 of the way through the 2015 NFL regular season. Here's 3 things we learned about both teams during Sunday's contest.

We already knew this, but Aaron Rodgers is money in the clutch. After a slow start, Rodgers ended up with 224 yards and a touchdown, along with scrambling for 17 yards to set up a key second-half score. There's no other QB we'd rather have on our side right now.

The Packers pass rush is legit. That, or the 49ers offensive line is awful. Green Bay sacked Kaepernick six times on Sunday -- one of those prompting Clay Matthews to kiss his right biceps in mocking tribute of Kaepernick's signature style move.

The Green Bay Packers are the best team in the NFL not named the New England Patriots. They can beat you in a litany of ways, be it in shootouts or defensive tussles. 14-15 wins is not out of the realm of possibility.

Something has gone wrong with Colin Kaepernick. Horribly wrong. How else can you explain yet another bottom-of-the-barrel game? Kaepernick with 13-of-25 for 160 yards and one interception on Sunday, looking stiff and listless at times while Green Bay snuffed out any and all San Francisco threats.

The defense is better than people thought at the beginning of the season. Any time you hold an Aaron Rodgers-led offense to 17 points, you're doing something right. It's a pity that the offense did absolutely nothing to support the D.

We have no clue what to think about the Jim Tomsula era so far. Is the 49ers' current three-game losing streak a product of a depleted talent pool and a self-destructing QB, or does it have more to do with just how uninspired the team seems to be under Tomsula's leadership. If he can't turn things around, this could easily be a one-and-done season.