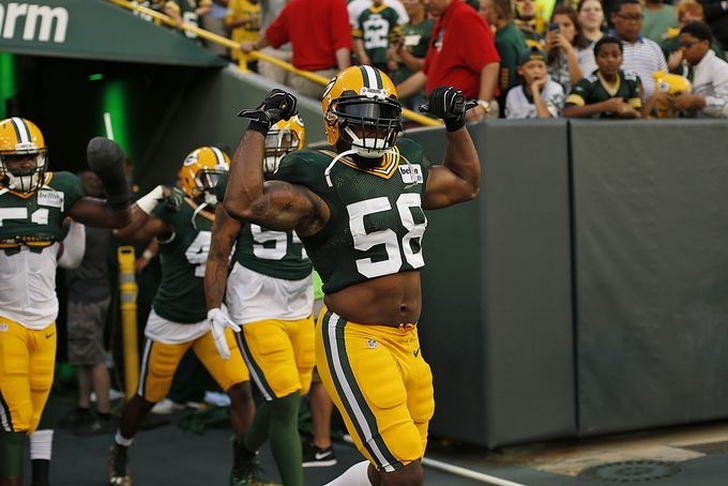 A banner Green Bay Packers 2014 regular season ended in overtime heartbreak in last postseason's NFC Championship game, but this year's squad isn't moping around and feeling bad for last year's gutting finish. Here are the top 3 storylines for the 2015 season:

1) Can the offensive line continue to be dominant?

How do you ensure your offense zips along at record efficiency? You couldn't do much better than employing the men who make up the most impenetrable offensive line in all of the NFL. Aaron Rodgers and Eddie Lacy are poised to push greatness to new heights in 2015, and a lot of that has to do with the men in front of them. You don't win championships when you're biggest offensive weapons aren't protected. That's not a problem in Green Bay as the Packers return most of a unit that has been utterly dominant in the trenches in recent years.

2) Can Eddie Lacy make another leap?

Two 1,000-yard rushing seasons to start his career is fantastic enough, but Lacy's primed to be a #1 fantasy stud in 2015. Call it intuition, but his growth as a safety-valve receiver and his 1/2 yard increase per carry last season (from 4.1 to 4.6) portend great things to come in 2015.

3) Will the revamped linebacking core produce?

With Brad Jones and A.J. Hawk now playing for the Eagles and Bengals, respectively, Barrington will be relied on to be the anchor of Green Bay's linebacking core. The Packers' defense is expected to be better in 2015, but Barrington's production - good or bad - will be a big factor in deciding that.