Packers News: 3 Things We Learned From Training Camp This Week 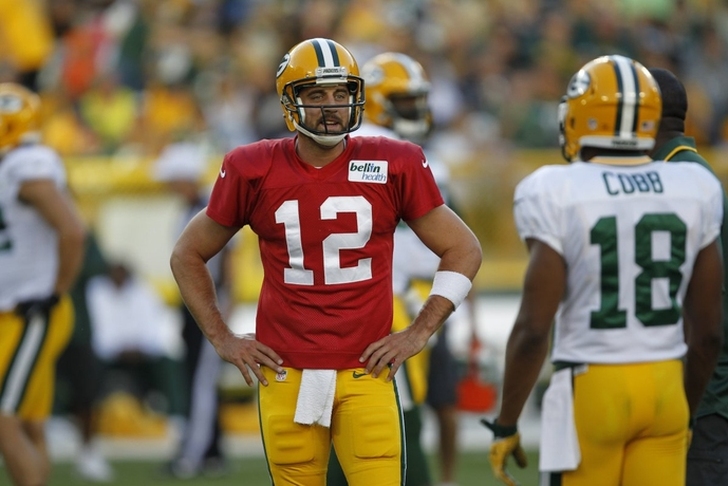 NFL training camps have wound down around the nation and we're starting to get a glimpse at just how rosters are going to shake out when Week 1 kicks off in just under two weeks. What's the story for the Green Bay Packers right now? Here's 3 Things We Learned From Green Bay Packers Training Camp This Week.

Brett Hundley, a fifth-round pick of the Green Bay Packers in the 2015 NFL Draft, struggled for long stretches of his first training camp with the team. However, despite his on-field results which were all over the place, Packers quarterbacks coach Alex Van Pelt isn't sweating it.

"That's very natural," Van Pelt said, via ESPN. "Very natural, especially at that position. You think about what we've changed, what we're trying to ask him to do. It would be like asking you to play Ping-Pong left handed and then do it all of a sudden with someone rushing you, and then you've got to make the right decision. There's a lot going through the mind of a rookie quarterback. But you're starting to see it all start to come together slowly."

Green Bay has been reluctant to answer questions about losing to the Seahawks in the NFC Championship Game, but Aaron Rodgers didn't mince words when talking about the Packers' expectations this season:

“We’ve got all 11 starters back on offense and obviously re-signing John and Bryan and Randall was big for us, but we’ve got some young guys to add into the mix, too. So it’s fun,” he said. “I’m sure you guys will have your own expectations and oddsmakers do as well, but we have high expectations for ourselves and we push each other to be great. And I think it starts in training camp. when the chemistry is coming together, the team’s coming together and you start to figure out who the key players are going to be, who the guys are that are going to make those jumps from Year 1 to Year 2. And, we expect our veterans to continue to play at the level they’ve played at.”

Aaron Rodgers is ready to go

Rodgers did get a relative amount of rest over the course of training camp, but he wouldn't have sweated it if that wasn't the case.

“I’m always aware of what I’m doing physically. But I am 31, and I feel great. I’m not 35, 36, 37 or 38. I don’t know what this pitch count is all about. But I’ve iced my arm probably less than five times in my entire life, I’m very happy with the gift I was given with this right arm and it doesn’t give me any problems.”