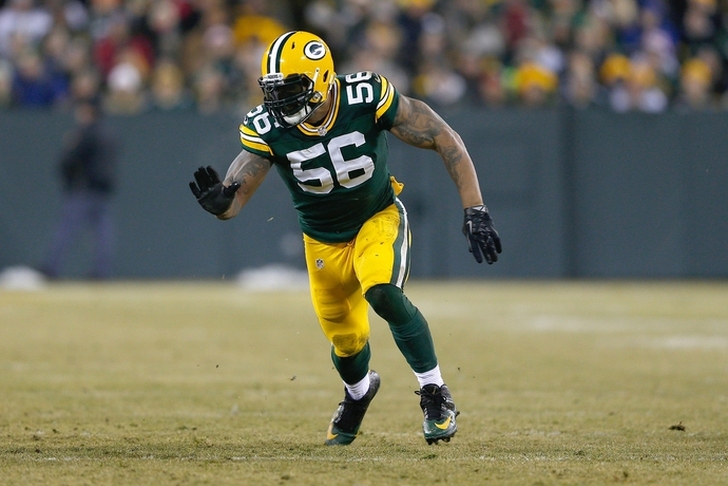 The offseason has reached a crucial point for the Green Bay Packers. Free agency starts on Thursday, March 9 at 4:00 pm ET (the start of the new league year), but Green Bay is already taking advantage of the two-day free agency negotiating window that opened yesterday. During this time before free agency starts, teams may negotiate all aspects of the contract but can't finalize the deal. Here are the latest Packers news & rumors you need to know:

Latest on Julius Peppers
Star Green Bay outside linebacker Julius Peppers is a free agent, and the 37-year-old says he wants to continue his playing career. According to SB Nation's Evan Western, there is some mutual interest in Peppers returning to the Packers.

While there is no certainty about Peppers’ free agent destination, his agent was complimentary of the Packers, saying that the player and team have “tremendous respect” for each other. In addition, he confirmed that “there has been communication” between the two sides, though he did not elaborate further.

With the Packers, Peppers earned the full dollar amount on the three-year, $26 million contract he signed prior to 2014. That contract paid him a total of $8 million in 2016 alone, when he accounted for a $10.5 million salary cap hit. However, at 37 years old, Peppers’ market is difficult to estimate, considering his age, gradual reduction in snaps, and primary role as a pass-rusher.

Peppers had 23 tackles with 7.5 sacks and two forced fumbles this past season.

Follow our Green Bay Packers news page for all the latest Packers rumors!