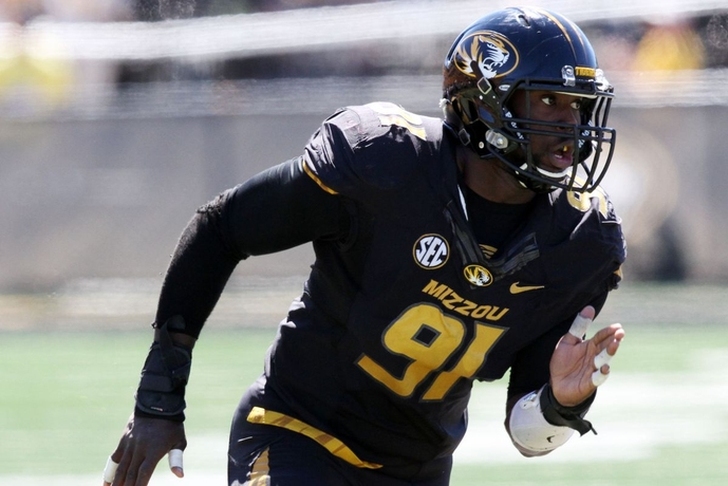 The start of the 2017 NFL Draft is less than one month away, and the Green Bay Packers are looking to add several impact players to help them take another step forward next year, starting with the No. 29 overall pick. Here are all the latest Packers draft news and rumors you need to know:

Green Bay unlikely to trade for Richard Sherman
The Packers have a major need at the cornerback position, and since they are not in position to land an elite prospect in the draft, they may be interested in trading for Seahawks cornerback Richard Sherman. However, such a deal seems unlikely, according to SB Nation's Evan Western.

The Seahawks continue to have issues on their offensive line, so a quality player there might get the job done. Would a young player like Jason Spriggs tempt Schneider enough to pull the trigger? Then again, Spriggs seems an unlikely trade candidate, given that the Packers moved up in round two of the 2016 NFL Draft to select him. With the coaches treating Spriggs as a tackle only (as Mike McCarthy indicated at last week’s owners meeting), perhaps a stunning swap of Bryan Bulaga for Sherman would do the trick. However, trading Bulaga leaves a $5 million dead cap hit, though that saves a net of $3 million. Ultimately, that seems implausible, given the excellent play he has provided in recent years, and that probably eliminates any player-for-player trades.

In that case, what sort of draft pick would do the job instead? The Packers are presumably hoping to land a talented corner sometime in the first three rounds of this April’s draft, but what if they could flip a pick, say their second-rounder at 61 overall, and get Sherman? Seattle would probably be intrigued by a first-round pick, but a second round choice seems like too little to get Schneider to pull the trigger.

As it stands, the Packers will likely go into 2017 with Davon House, Damarious Randall, Ladarius Gunter, Quinten Rollins, and a draft pick or two as the bulk of the cornerback unit. If the third-year players stay healthy and develop, that might be a solid unit. However, imagining the name Richard Sherman at the top of that list makes it look quite a bit better.

Seattle is reportedly asking for a quality player and a high draft pick for Sherman. He had 58 tackles with four interceptions and 13 pass breakups last season. Sherman has spent his entire six-year NFL career with the Seahawks.

Packers targeting Charles Harris?
Green Bay would like to find an pass rusher who can contribute immediately in the draft, and ESPN's Todd McShay thinks they should take Missouri DE/OLB Charles Harris.

A twitched-up athlete, Harris is like a Tasmanian devil off the edge. He wins with speed and an elite first step. Harris also shows great range against the run, but he needs to get stronger to improve his play at the point of attack.

Harris had 61 tackles with 12 tackles for loss and nine sacks in 12 games last season.

Green Bay hoping to get Joe Mixon in first round instead?
The Packers could use an upgrade that the running back position, and appear to be doing their due diligence on the NFL Draft's most controversial player. According to NFL Network's Mike Garafolo, the Packers had Mixon in for a pre-draft visit last week.

Aforementioned team that brought in Joe Mixon this week was the Packers. Like others, getting info/medical they didn't get at Combine.

On talent alone, Mixon would be an unquestioned first-round pick and would be a steal for the Packers at the end of the first round. However, a 2014 incident in which he punched a woman in the face had dropped him to a projected second- or third-round prospect, but his stock is rising again.

He has impressed teams in interviews so much that he may end up going in the back end of the first round, which is when the Packers would have to be interested in drafting him, according to Mike Freeman of Bleacher Report.