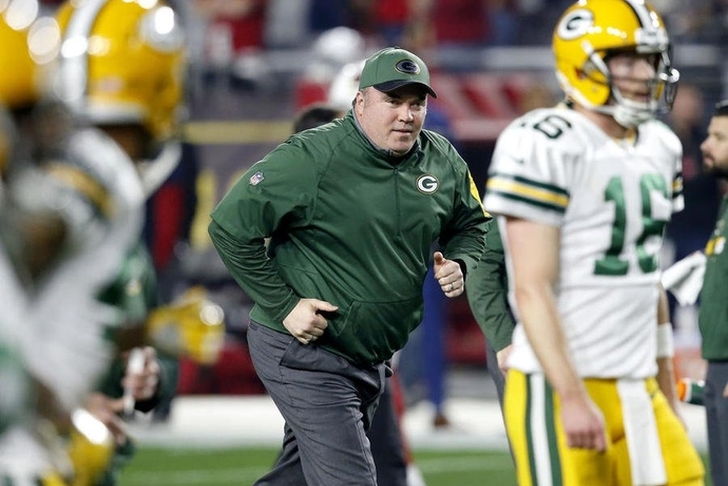 The Green Bay Packers are obviously set at quarterback with Aaron Rodgers, but they lack proven depth behind him.

That, coupled with the fact that Brett Hundley is entering the final two years of his contract, should mean the Packers draft a quarterback in the later rounds, according to Fansided's Hunter Noll.

Currently, Rodgers has Brett Hundley and Joe Callahan behind him. Callahan is completely unproven while Hundley is almost completely unproven. Plenty of people see major potential in Hundley. Due to that, he’s going to be a hot commodity during his first free agent stint. The Packers will still have Rodgers though, so it’s unlikely he’ll be pursued by them. Therefore, it appears a quarterback spot may be opening up soon.

...There are plenty of strong candidates to learn under Rodgers. Joshua Dobbs, Jerod Evans, and Seth Russell are all extremely intriguing prospects for the Packers that should be available in the later rounds...

The bottom line is that this draft class has a plethora of sponge quarterbacks. They might be raw, but they have plenty of untapped potential and would benefit highly from studying behind an all-time great. Quarterbacks shouldn’t just be on the Packers radar, they should be in their plans.

Hundley has played in four games in his pro career in relief of Rodgers, completing two of 10 passes for 17 yards and an interception.