Packers Cruise Past Cowboys In 28-7 Win 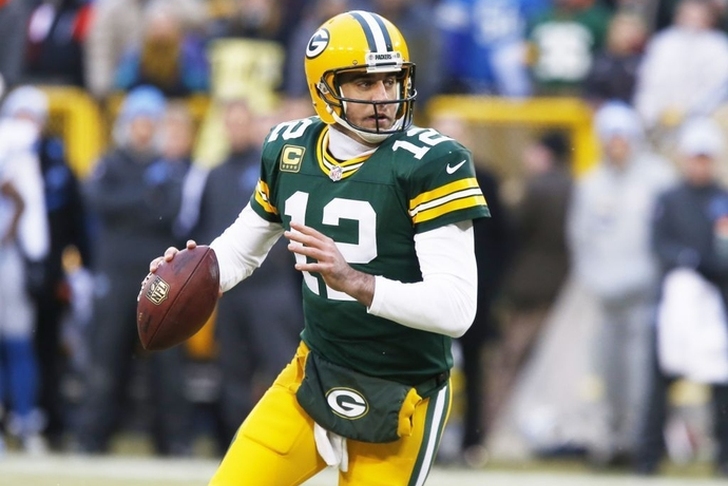 The Green Bay Packers had little issue with the Dallas Cowboys Sunday, winning 28-7. The Packers are now 9-4 with the win and in control of the NFC North. The Cowboys slipped to 4-9 and their playoffs hopes are essentially gone. Here are notes, quotes and observations from the Packers' win.

The Packers' running game was great against the Cowboys. The team racked up 230 yards and two scores on 44 carries. Eddie Lacy led the way in a bounce back game, picking up 124 yards and a TD on 24 carries. James Starks was strong as well, adding 71 yards and a score on the ground.

Davante Adams took a backseat in the passing game, getting only three targets. He's struggled this season and QB Aaron Rodgers has been better when not targeting Adams this year. Rodgers completed 22 of 35 passes for 218 yards and two scores.

The Cowboys' passing game continues to be just awful without Tony Romo. Matt Cassel completed just 13 of 29 passes for 114 yards and a pick. Dez Bryant caught just one pass for nine yards.

The Cowboys running game was good, although not as impressive as Green Bay's. Dallas ran the ball 20 times for 171 yards and a score. Darren McFadden had 111 yards on a mere nine carries. Robert Turbin found the end zone for the first time in his career and added 51 yards on seven carries.

"Personally, it didn't feel very good, it didn’t' feel good at all. That's a challenge with these types of decisions, but professionally it was what I felt I needed to do ... So it worked out. The decision was made because I feel as the leader of this football team, I've got to make sure maximize all the opportunities and resources to (save) and to give our team the chance to win." - Packers head coach Mike McCarthy about telling OC Tom Clements that McCarthy would take over play-calling duties.

"Our tackling wasn’t as good as it could have been late in the game. We were close there, but we weren’t able to make some critical tackles." - Cowboys head coach Jason Garrett.

"We believe in Matt Cassel. We believe he can win games for us." - Garrett when asked if backup QB Kellen Moore would start.

Garrett didn't really answer that question about starting Moore. Perhaps that's because Garrett knows it's time to turn to Moore as the team's starting QB. Not because Moore will lead the Cowboys to the playoffs, but because Moore is younger and there's no reason not to play him. Either the Cowboys keep losing and Moore is awful, or the Cowboys discover that Moore can be their backup next season.

McCarthy taking over play-calling duties may have been the difference in the Packers play, or perhaps they just executed better. Either way, the Green Bay offense was much better against the Cowboys. The running game stepped up big and Rodgers was sharp. That's a promising sign for the playoffs.