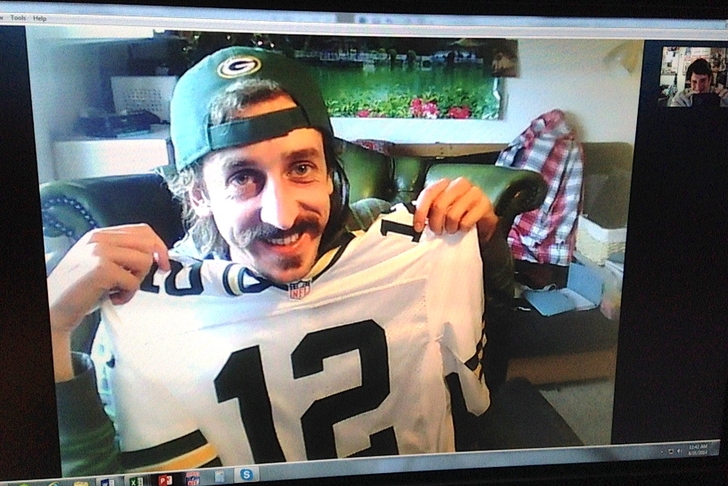 Back in March, Packers beat writer Jason Wilde tweeted a photo of English comedian Tom Wrigglesworth, who bears an uncanny resemblance to Packers QB Aaron Rodgers. The story gained a bit of traction, so much in fact that the British comedian made a trip to Green Bay back in August in hopes of being connected with his long-lost twin.

The exploits of Wrigglesworth were documented by NFL Films in a special that will appear on Fox Sports 1 beginning at 7:30 CT on NFL Films Presents. Cameras follow Wrigglesworth around Green Bay, from Krolls West, the Pancake Place, the mayor's office and even Lambeau Field in search of a meeting with Aaron Rodgers. The special will also re-air at the following times:

If the show turns out anything like this mock "Who do you think you are?" special Wrigglesworth did a few months ago, it is sure to be some quality television.