Resilient, With A Side Of Ravaged-'13 Packers Review 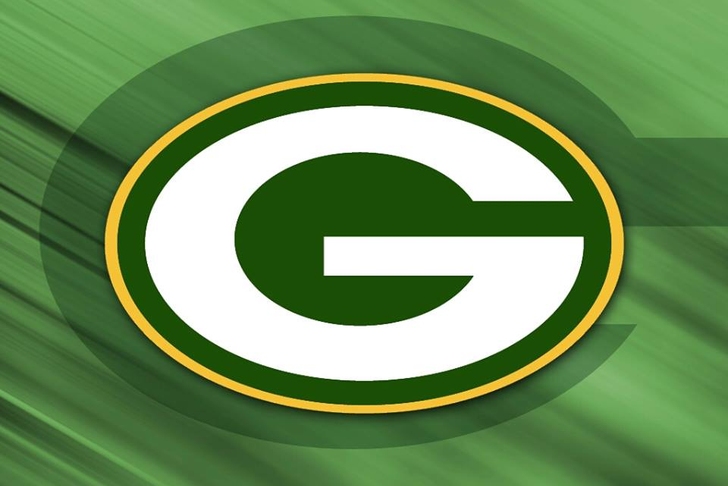 The 2013 Green Bay Packers football team could not reproduce their magical 2010 season. They never gave in to all the adversity, but still came up short. After defeating rival Chicago in the season finale and capturing their third consecutive NFC North Division title, Green Bay had a sporting chance at glory in the tournament. That ultimate victory went to The Emerald City's team, but here's how Green Bay can bring the Lombardi Trophy back to Titletown, USA in 2014:

In 2012, Green Bay looked to bring in a slew of young talent to address their defensive woes from the 2011 season, one in which they were historically bad. In fact, their first six picks were players from the defensive side of the ball. While the class reaped solid situational players in pass rusher Mike Daniels and ballhawk Casey Heyward, it has mostly been  a disappointment as measured by current results. First round choice Nick Perry and 2nd-round selection Jerel Worthy have both battled the injury bug. When they have actually been on the field, both have underwhelmed to say the least. Last year the Packers seemed to hit on their picks in a fashion more akin to their reputation as a great drafting and development organization. Datone Jones, Micah Hyde and Josh Boyd showed promise in their varied roles for defensive coordinator Dom Capers. The jewel, and arguably best pick by any club in the opening round, was bell-cow back Eddie Lacy. But he won't be lining up at outside linebacker anytime soon.

The Seahawks have the best defense in the league. Period. Completely shutting down Peyton and the most prolific offense statistically in NFL history proved it. Too much credit, however, goes to Pete Carroll as a X's and O's guy for their excellence. All the credit should go to him and his partners in the front office on their ability to identify and match the right talent to their scheme. Gigantic secondary, fluid linebackers who can cover, and a myriad of skill sets in the trenches; that is their identity. Simple, but hard to amass— especially in the salary cap, free agent age of millennium pro football.

GB doesn't need to emulate any other team with how they choose their corners; as long as CB Sam Shields is resigned, that spot is just fine. The safety position is another situation entirely. According to statmilk.com, Green Bay gave up a total of 12 more points in the second half of games than their offense scored. In fact, the only quarter in which the offense was able to total more points for the whole season than the defense allowed was the second.

One of the glaring reasons was the lack of play-making by either safety spot. That could change if Green Bay gets a big, hard-hitting strong safety to move Morgan Burnett back to free safety, a place where he seems more comfortable. Florida State's Telvin Smith would be a great pickup in the second round to fill that hole. Smith, who actually lined up as a hybrid OLB in the Seminoles' fast-flowing, multi-scheme defense, should display the proper measurables and football IQ to convince scouts he can make the transition to safety at the next level during the NFL combine. He could be the Packers' version of Cam Chancellor— a punisher of receivers on crossing routes who can line up as a nickel linebacker in sub-packages.

The other area where Green Bay needs immediate impact is defensive end. Simply put, this position had little production in 2013. While Datone Jones looks like he could have a bright future, being the best the Packers had at the DE spot (53rd in the league) with only 3.5 sacks is embarrassing. Truth be told, Mike Daniels was clearly the best pass rusher on the line this past year. His 6.5 sacks and 17 solo tackles at DT were a testament to his constant motor and potential, especially considering he was basically getting most of his production out of the hybrid nickel packages Dom Capers employs on late passing downs.

This is exactly why the Pack should use their first pick in the upcoming draft on Junior DE Stephon Tuitt out of Notre Dame. At 6-5'' and well over 300 pounds, he has the enormous frame ideal for a 3-4 end. His just under 20 sacks in the last two seasons for the Fighting Irish also say he has the instincts and general technique to put the QB on his back, a role GB desperately needs filled. Dom likes to get the majority of his pressure from the 'backers, but with Clay Matthews seeing extensive time on the sidelines hurt, the defense can no longer accept a defensive front line that can't contribute to the pass rush in a major way.

3. Make A Splash In Free-Agency, One Way Or Another

The Packers as a franchise are known for being frugal. They rarely, if ever, over-spend on any single player. Many former Green Bay apprentices have went on to get cash and more playing time elsewhere around the league, for a variety of reasons. Don't expect too much deviation from this mantra by GM Ted Thompson in the offseason.

With B.J. Raji, Ryan Pickett, John Kuhn, James Jones, and Jermichael Finley among the players looking for new contracts, the '14 team could look a lot different than what fans have been accustomed to. Letting Raji and Pickett walk should be just a formality— their lackluster seasons showed a glaring hole that is due for an upgrade. James and Jermichael would probably prefer to stay in green and gold, but might find more lucrative deals elsewhere that they simply cannot pass up. Kuhn is probably the one free agent besides Shields that the Pack really need to hold onto. His value as a blocker in the run and pass game gives McCarthy the flexibility he favors to attack defenses out of many formations, particularly in shotgun on 3rd-and-long.

Due to the space under the cap that the Packers should have, the team should consider signing at least one key veteran who can boost the squad. Safeties like Jairus Byrd, T.J. Ward, or Donte Whitner would all be able to provide Pro Bowl-level play in the back-end. Even a guy like Jim Leonhard, a former Wisconsin Badger (who Acme Packing Company believes, according to a recent interview with ESPN Wisconsin's Zach Heilprin, would "love to be a Packer"), makes sense, while also saving Green Bay dollars against the cap to be used elsewhere.

If Ted takes a trip to Vegas and comes back still in the gambling mood, he could make some noise by going after a star like Larry Fitzgerald. As mentioned in a recent Yahoo Sports article by sportswriter Evan Massey, the Cardinals may be ready to entertain offers to trade the high-character wide receiver. Initially, the move  seems very unlikely for Green Bay, but look closer. Many moons ago the Packers gave a big contract to a veteran who appeared over-priced and on the decline. That same player won a Defensive POY award and Super Bowl with the Pack. His name is Charles Woodson. At 30, Fitzgerald is still respected as a sure-handed threat who can do it all. Pairing him with Aaron Rodgers would reboot an already respectable career, resulting in astronomical numbers to pad a Canton-esque resume. He would more than make up for a potential loss of Finley and/or Jones. If GB also locked up Cobb and Nelson now with cap-friendly extensions, the Packers would have no equal in offensive explosion.

In order for the Green Bay Packers to return another title to Lambeau, they must figure out how to stay healthy. They also need to make the right decisions to position themselves to get over the hump in the ever-competitive NFC. By sticking to their formula, but also taking a few calculated risks, they could once again be the champs with the cheese.