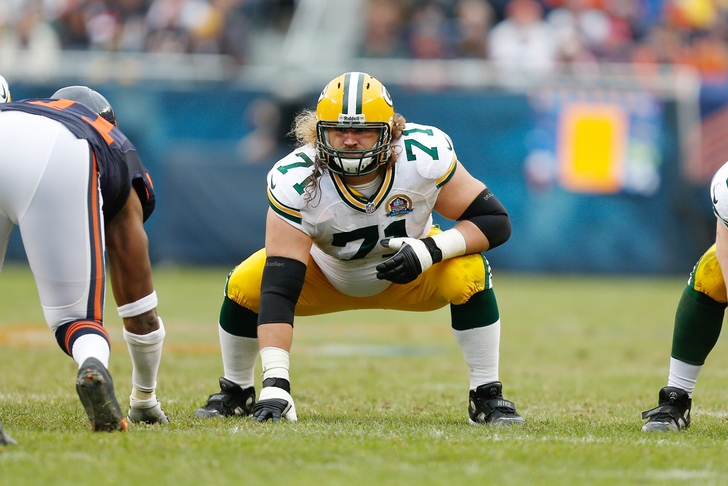 The Packers news cycle has been filled with injury updates surround the team's offensive line, with the statuses of starting guards Josh Sitton and TJ Lang in question for Sunday's game against the Chicago Bears.

Per Bob McGinn of the Journal Sentinel, "Sitton (toe) and Lang (ankle) were listed as questionable for the game Sunday night against the Chicago Bears at Lambeau Field. Both players were pushed hard by the training staff during an 8 a.m. workout Friday in the Hutson Center."

With the possibility that one or both players will sit out on Sunday, the Packers activated guard Josh Walker from the practice. The six-foot-five, 335 pound lineman joined Green Bay on September 23rd.

The relative newbie took snaps with the first-team offense this week, prompting speculation that he could be placed in a starting role against the Bears.

"It's in the conversation so we'll see what happens," Walker said Friday, via McGinn's article. "A decision will be made tomorrow."