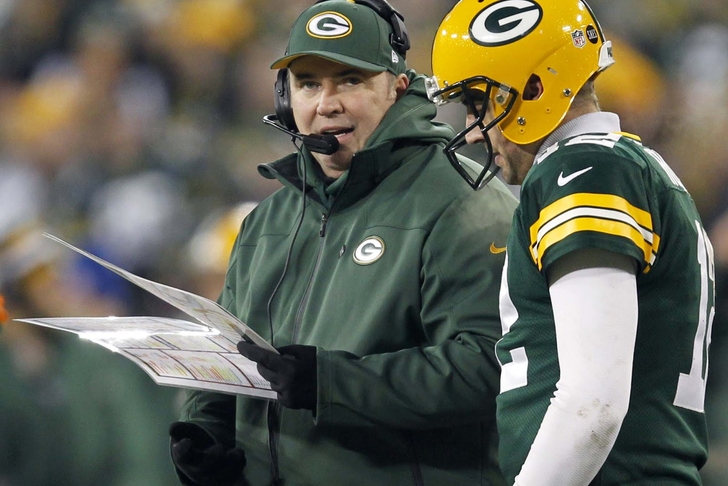 In tonight's edition of Packers rumors, the Green Bay Packers have contacted head coach Mike McCarthy about the possibility of extending his current contract past the 2015 season.

So reports Dallas Robinson of ProFootballRumors.com: "The Packers have approached head coach Mike McCarthy about extending his contract, reports Bob McGinn of the Milwaukee Journal Sentinel. McCarthy, who has been leading Green Bay since 2006, has a career record of 82-45-1 and won the Super Bowl in 2010. He is currently signed through the 2015 season at a salary of about $6.5MM annually."

However, the Green Bay Packers are still interested in retaining McCarthy past the 2015 season. How long after is still a matter of conjecture at this point.

Your Packers rumors whenever and wherever you want them. Download our new Chat Sports iPhone app and follow our Packers team page today.