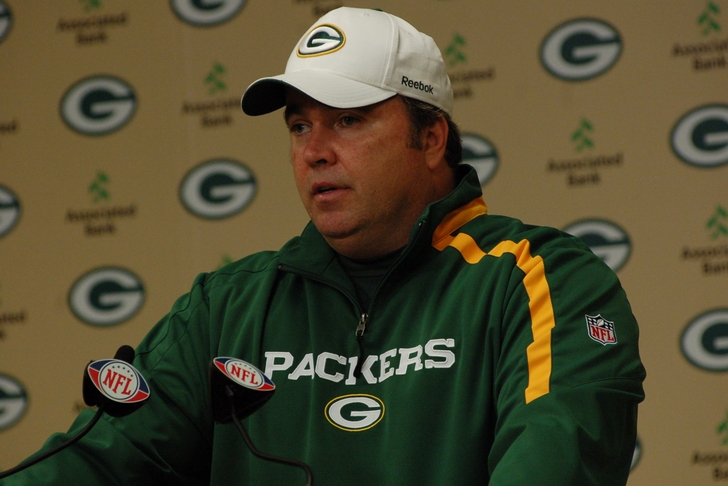 If Green Bay Packers head coach Mike McCarthy has his way, every free agent-to-be from WR Randall Cobb to CB and defensive stalwart Tramon Williams will be back with the team for the 2015 NFL season.

"We want to sign our guys back," McCarthy said at his season-closing press conference on Wednesday, via NFL.com. "We want all our guys back; it's usually my thought going into it. That process really hasn't begun. Emphasis right now is on the college draft."

Despite a relative spending spree (at least in Packers' terms) last offseason that brought in defensive tackle Letroy Guion and linebacker Julius Peppers, McCarthy doesn't see the Packers breaking the bank when it comes to outside free agents this upcoming spring.

"I don't think you do business like that," McCarthy said. "I think you look at the whole picture. Every season's its own opportunity, every roster that you build is its own unique opportunity. Nothing ever stays the same, that's for sure. But weâll look at like we always do. It (was) kind of nice to add a couple free agents last year."