Packers Rumors: CB Micah Hyde to play every down for Packers in 2014? 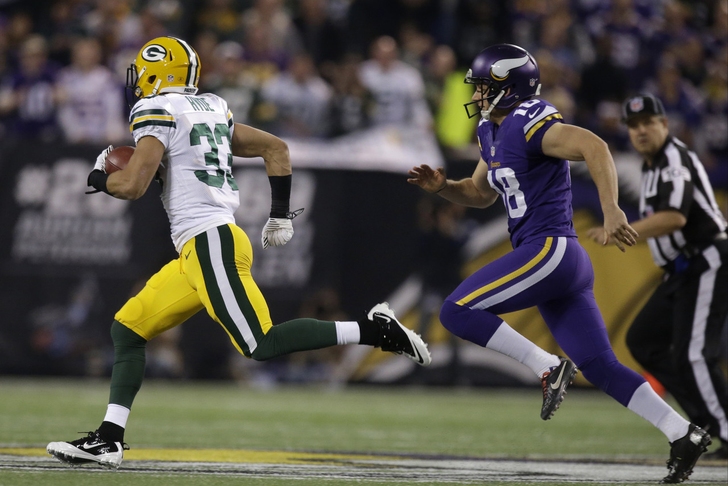 However, after the secondary finished just 24th in the NFL last season in passing yards against, the key to a defensive turnaround for the Green Bay Packers in 2014 will most likely hinge on improvement from the back four.

Head coach Mike McCarthy believes that 2013 fifth-round NFL Draft pick Micah Hyde may be the in-house answer for the Packers to improve against the pass, along with on defense as a whole -- "Micah Hyde deserves the opportunity to be an every-down player on our defense," McCarthy told ESPN.com "And as we go into 2014, that's our responsibility as a coaching staff to create those competitive opportunities for him to get that done. I got to a point in the season where Micah was standing on the sidelines too much."

Hyde saw limited action in 2014 as a nickel back for the Green Bay Packers, yet was responsible for two of the Packers secondary's four forced fumbles.

Along with forcing turnovers, Micah Hyde has proved to be a useful commodity on special teams, showing big play ability as a kick return specialist.

It is this versatility which has Packers management hinging a lot of their hopes on the 23-year-old former Iowa Hawkeye -- "We're going to give Micah the opportunity to play on all three downs -- whether that's corner, nickel, dime, safety," coach McCarthy stated.

"That's the versatility I think he brings to our football team."