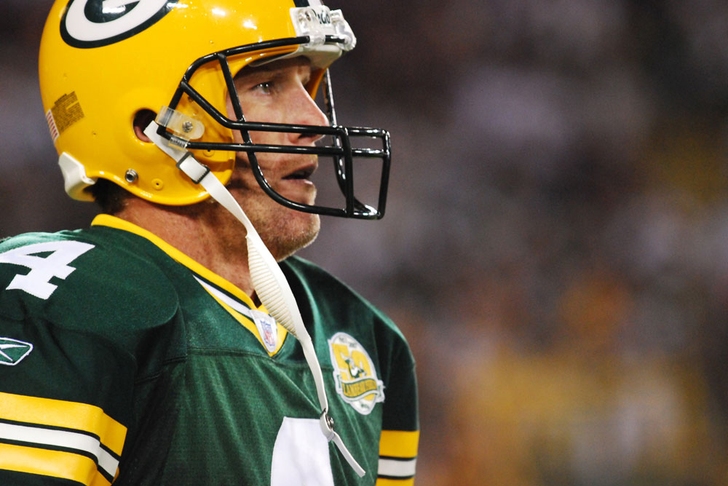 Former Green Bay Packers quarterback Brett Favre said on his website that he is "looking forward" to being inducted into the Packers Hall of Fame, and he will be returning to Lambeau Field for a game this year to have his name and No. 4 enshrined on the north facade inside the stadium.

Favre will be inducted into the Packers Hall of Fame on July 18th. No date has been set for the ceremony at Lambeau Field.

"I'm pleased to announce that I will be returning to Green Bay, Wisconsin in 2015 for induction into the Green Bay Packers Hall of Fame and retirement of my jersey," he said on his website. "It was a tremendous honor to play 16 years for the Green Bay Packers. Now to have my name placed among others such as Starr, Hornung, Kramer, Taylor, Lambeau, Nitschke, Lombardi, Davis, White and Hutson is a special honor that I share with all of my teammates and coaches, and that would not have been possible but for the foresight of Ron Wolf, the greatest GM in the history of the NFL. I am truly looking forward to celebrating and sharing this special moment with all of the great fans of the Green Bay Packers."

Favre spent his first 16 seasons in the NFL with the Packers and is the league's all-time leader in passing yards, winning one Super Bowl and three MVP's.