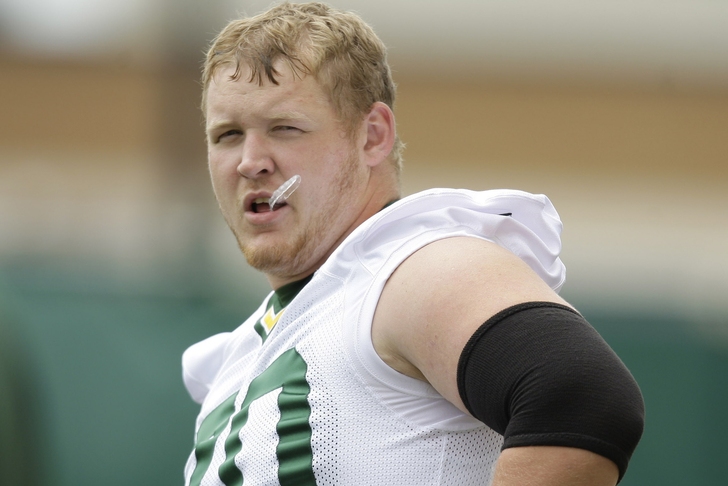 Can't get enough Packers news and rumors? Be sure to download our 5-star iPhone app today!

Green Bay Packers right guard TJ Lang has no major structural damage in his injured left ankle, and he will not need surgery, per a source cited by ESPN.com.

However, Green Bay won't know till next week whether they will have their starting right guard back for their post-bye game against the Chicago Bears or not.

"Not sure about a timetable yet," ESPN's source indicated.

Per Packers columnist Rob Demovsky, "the injury was diagnosed as a sprain. Lang was injured at the end of the first series in Sunday's 44-23 loss at the New Orleans Saints. He appeared to land awkwardly while blocking an extra point. He played just five snaps on offense and the lone special teams snap."

He did not speak to reporters following the game.