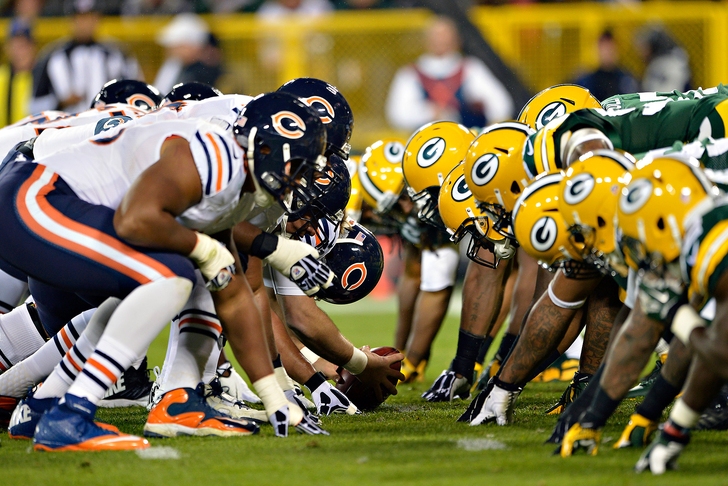 When the Green Bay Packers and Chicago Bears meet for the 188th time on Sunday, Vegas oddsmakers expect a game short on defense and brimming with offensive firepower.

Per Mike Wilkening of NBC's Pro Football Talk, "several Nevada sports books have set the total for Sunday’s Bears-Packers matchup in Green Bay as high as 53.5 points, per multiple line-monitoring websites. The total, or Over-Under, is a proposition requiring bettors to choose whether the game’s combined points will finish lower (under) or higher than (over) a projected number. The lower the total, the more the game is expected to be lower-scoring, and vice versa."

Per Spreadapedia, the over/under of 53.5 points stands as the highest mark set for a Bears-Packers game since at least 1979. It might be even longer than that, seeing that the website's database only tracks back to 1979.

2013's season finale came close, with oddsmakers coming in at a consensus somewhere around 51.5 points. In fact, every combined total over 50 points during the past 35 years of the rivalry, per Spreadapedia, have come in the past three years.