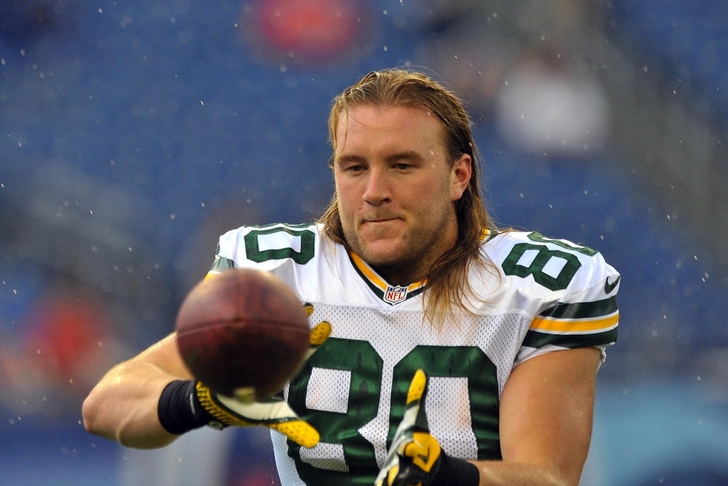 The Green Bay Packers promoted rookie tight end Justin Perillo from the practice squad on Saturday, once again giving them the chance to bring three tight ends into Sunday's game against the Philadelphia Eagles.

In order to make room for Perillo, the team cut guard Jamon Meredith who was signed by the team just last Saturday.

Here's ESPN.com's Rob Demovsky with his scouting report on Perillo:

Perillo has been with the Packers since May, when he was signed as an undrafted free agent out of Maine. He was released at the end of training camp and then re-signed to the practice squad. Although he received far less publicity than the Packers' other undrafted rookie tight end signing, Colt Lyerla, Perillo outplayed the more popular Lyerla from the start, in part because he showed excellent hands in training camp.

Rusillo will wear #80,  just like he wore in the preseason. If he does play, he will be the first Packers player to wear that number since Donald Driver retired after the 2012 NFL season.