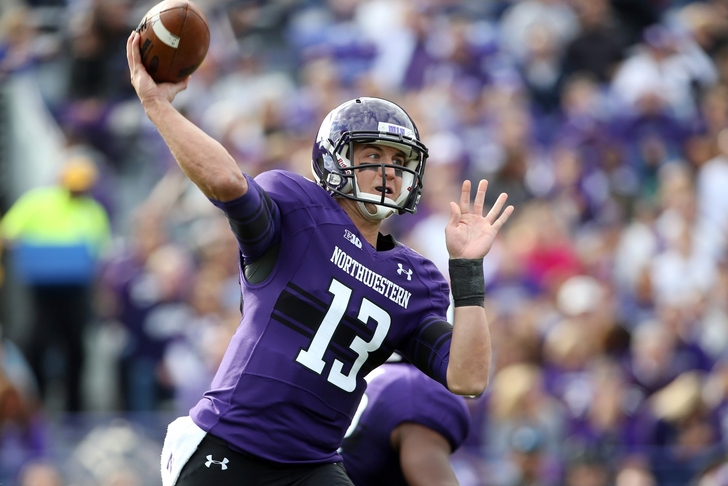 The Green Bay Packers may look to the 2015 NFL Draft to find a young, future contingency plan at quarterback, and one of the names that they may be considering is potential sleeper prospect Trevor Siemian of Northwestern.

Here's Rob Rang of CBS Sports with the report:

The 6-foot-3, 220 pound Siemian is still recovering from the torn ACL which abruptly ended his redshirt senior season after starting the first 11 games but he threw 44 scripted passes Thursday in a workout attended by scouts and coaches representing the Denver Broncos, Green Bay Packers, Oakland Raiders and Tennessee Titans.

Siemian has a reputation for being a gun-slinger, and his pure athleticism allows him to get away with some throws that other less physically-gifted quarterbacks can't pull off. His knee may be a sticking point, but his raw talent could be just what the Packers are looking for in a late-round flyer. This makes Siemian an intriguing name to watch as the 2015 NFL Draft gets closer.