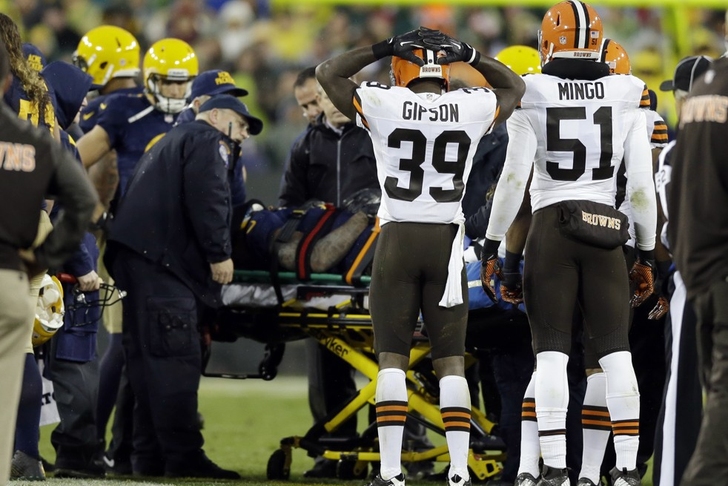 There's good news on Jermichael Finley's spinal injury—the player was released from the hospital this morning and is walking around normally, according to the NFL Network. Finley has no remaining trouble with balance, and will be able to return home immediately.

Finley took a hit from Cleveland Browns safety Tashuan Gipson in the fourth quarter of Sunday's game, and remained down and immobile for several minutes. Finley wasn’t immediately able to move his extremities, and was moved to an intensive care unit at a nearby hospital. Fortunately, Finley regained a full range of movement but his overall health status was still uncertain.

Testing revealed Finley had a bruised spinal cord, which can result from a number of other serious, season-ending injuries including a herniated disk or a torn or stretched ligament. The official prognosis is still unknown, but for Finley's long-term health his full movement and release from the hospital are extremely promising signs.

Some good news: #Packers TE Jermichael Finley was released today from the hospital, where he’s been dealing with a spinal contusion.

Finley Likely to be Placed on Season-Ending IR