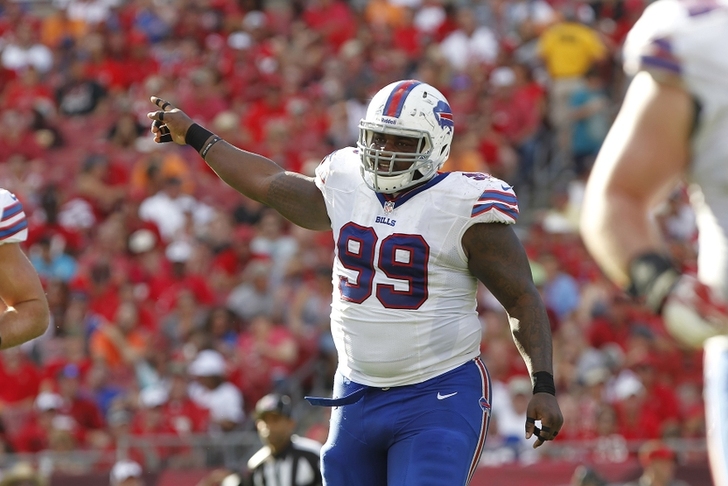 The Packers were surprised in Buffalo, as the Bills defense had Aaron Rodgers and the Packers offense out of sorts all game.

Green Bay was not able to overcome an anemic passing effort, despite not allowing an offensive touchdown to Buffalo.

Turning Point: Down by six points early in the fourth quarter, Aaron Rodgers threw an interception - his second of the day - in Bills' territory to give the ball back to Buffalo. The Bills added three points to push their lead to nine, which held up as Green Bay could not finish off a late comeback.

Key Stat: Aaron Rodgers had a season-high 25 incompletions and two interceptions, as the Packers scored their second fewest points of the season (seven in Week 2 vs. Lions was their lowest).

With the Packers passing game a complete mess, Lacy was the lone bright spot in the Green Bay offense.

Bills MVP: Buffalo was in this game thanks to a special teams touchdown, but offensively they were a mess. The Bills amassed just 253 yards of total offense.

The Packers head to Tampa Bay to take on the Bucs, while the Bills travel to Oakland to face the Raiders.