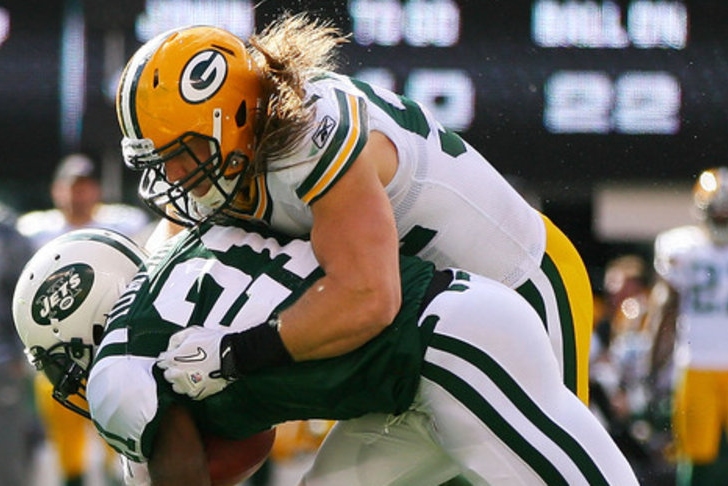 The Green Bay Packers host the New York Jets in a fascinating matchup of two very different teams, but fans at Lambeau Field can't have been happy with the way their team started their home opener.

Here's what we saw in the first two quarters:

This one couldn't have gotten off to a worse start for the Packers.

Aaron Rodgers fumbled on Green Bay's first play from scrimmage, setting up the Jets at the Packers' 16, and it didn't take long for Geno Smith to sneak in for the touchdown. On the next Packers series, Rodgers was sacked twice and ended up going backwards before punting. Early in the second quarter, the shell-shocked Packers already trailed 21-3.

No one thought much of the Jets shutting down the Raiders offense last week - it's the Raiders, after all. Somehow, they looked even better against Aaron Rodgers than they did against Derek Carr, and Green Bay was unable to find any success against their swarming defensive front until the second quarter.

The O-line in Green Bay was supposed to be much better this season, and they got a mulligan in week one against the defending Super Bowl Champions. In the first half against New York, they allowed two sacks and weren't much better when run blocking - the Packers leading rusher was Aaron Rodgers with four carries for 30 yards.

Despite the terrible start, the Packers rallied back in the second quarter with 13 unanswered points to end the half. After the Jets went up by 18 points early, Rex Ryan will no doubt be disappointed that his team couldn't close out the half more effectively.